While reviewing our older blogs, I encountered with a blog about mobile app trends. My memory went back and truth revealed in my mind. Suddenly, I imagine, history repeating itself. It has been happening with Blockchain Technology and its Business Applications what already happened in the field of mobile application development. In this blog, we have described blockchain technology, blockchain business applications and applications trend in various industries, This includes industries like finance, ridesharing (taxi), digital advertising, etc.

We see a similar pattern of growth in development scenario between Blockchain technology and Mobile Apps. We have entered into mobile device era from the desktop age in 2010s. Apple opened its store for business in 2008 and Google play store came into existence after a couple of years. 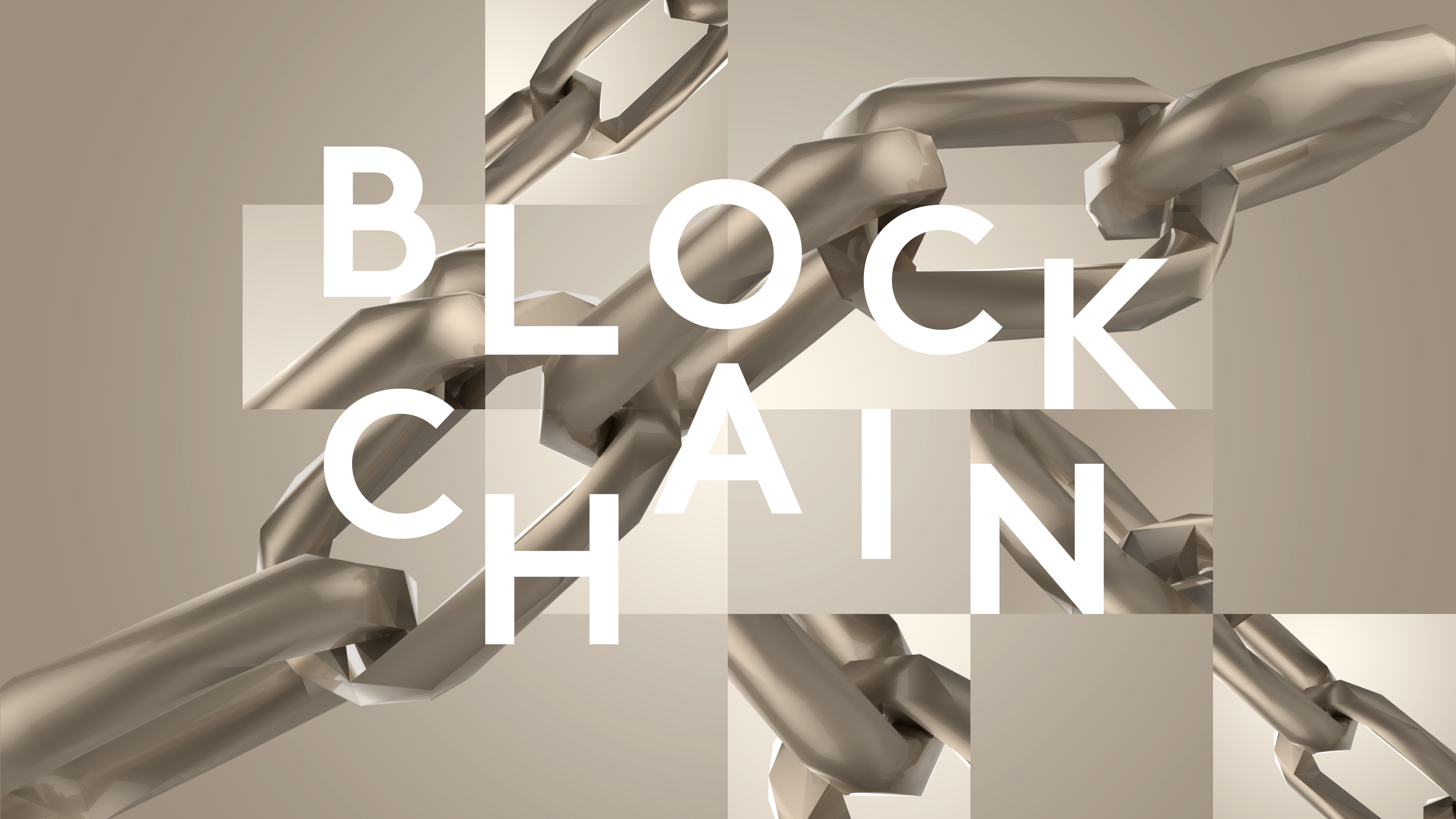 Android brought the madness for mobile apps and programmers jumped to develop various technologies, platforms, and languages. This, in turn, led to more and more mobile apps to develop. Mobile devices gradually started grabbing the Internet market from the desktops and laptops. In turn, Mobile applications replaced web applications.

Initially, mobile apps did not catch on. However, app developers soon realized that they can design it to suit all sorts of needs. Yes, they understood that it was just about programming. And the strategy worked and we have seen a boom in the mobile app market. Nowadays, mobile apps are all but a necessity.

Read Also: Latest Trends In Mobile Technologies Around The World

Advantages Of Mobile Applications For Your Business!

Peeping into history, we have seen that technological advancement has always strengthened democracy in the long run. For example, the Internet has democratized learning process as everyone has access to more or less the same amount of information. Web and app development processes further helped in democratizing business processes.

It seems obvious; Blockchain will disrupt the present capital-intensive business models. It will, therefore, provide an opportunity for smaller businesses. It can create a more level playing field and will empower individuals and MSMEs to compete with corporate giants. Amalgamated with Artificial intelligence and Internet of Things Blockchain technology and its business applications could disrupt not only the present business models but also the community patterns.  Of course, it will disrupt even governments. It could bring a revolution in several sectors including banking and finance.

Blockchain will further establish a sense of democracy and equality through its disruptive power. Probably, the greatest disruption possible with blockchain is the characteristic of an impartial democracy applicable to anyone.

So, what is Blockchain? We can start with a definition of Blockchain by Don and Alex Tapscott.

“The blockchain is an incorruptible digital ledger of economic transactions that can be programmed to record not just financial transactions but virtually everything of value.” – Don and Alex Tapscott, Authors Blockchain Revolution (2016).

First, the Blockchain is an “incorruptible digital ledger”. Since the development and growth of the internet, the word digital ledger is a well-known one. However, it is stored in a central server. Hence, there is a great chance of manipulating and corrupting the data. Whereas blockchain has no central server and the data is stored in multiple computers. This is a democratic process that makes it incorruptible.

Initially, Bitcoin has triggered the development of Blockchain technology. The central theme of this digital currency is encryption. Hence, the Bitcoin and like ones are named as cryptocurrency. Because of the encryption, one cannot corrupt the data.

Blockchain is already grabbing the eyeballs of governments, industry conglomerates, tech companies, and programmers worldwide. Bitcoin has triggered a revolution in blockchain technology. People have increasingly launched cryptocurrencies like Bitcoin and Etherium. We have also seen a surge in ICOs. Large numbers of these ICOs are fetching investor attention. Although the crypto economy is much smaller than the fiat currency market, it is successful in attracting people.

Data security is a major concern nowadays. Social media giants like Facebook has failed to provide data security and it raised concern among governments, corporations, financial institutes and the people at large. Moreover, big companies have control over data to date and this is also a major concern. Nowadays, data is the soil where business foundations are laid. They reign who have control over data. This has given enormous power to the corporate giants gathering and controlling data. This has also created several problems in government and businesses. Blockchain technology in Business applications can solve the problem. So, we see the opportunity here.

Experts see opportunities in application blockchain technology in a large number of industries including currency and finance.

Banking systems despite their sophisticated financial tools lack inclusion and fairness.  Interest rates and transactions are heavily tilted in favor of banks and financial institutes. Though the banking services are absolutely necessary, unfortunately, there are billions, especially in the developing world have no access to a bank. This further justifies the role of Cryptocurrencies and blockchain in financial services. Blockchain technology can universally rectify the situation. One needs only a smartphone and an internet connection, to start a business and receive payments in the blockchain era. There will be no need for a bank or a centralized financial system. Incorruptible digital ledgers and decentralized authority empower the individuals in place of banks in financial services on the blockchain. In turn, it will also reduce exorbitant interest rates and middleman fees.

Do you know that Healthcare contributes to about $3.8 trillion, twenty percent of the American economy?  Unfortunately, the industry has obsolete processes and outdated infrastructure. In addition, legacy systems create difficulties in modernizing the healthcare system. Blockchain applications can help in modification.

Apart from the US, if we talk about developing countries in Asia, Africa, and Latin America, they are far behind in healthcare modernization. One of the main reason is legacy data management systems. Blockchain technology can provide a solution to modify healthcare services.  As a result, these countries can render better patient healthcare. Of course, this will generate revenue to the providers. India has already started stepping steps to modernize its medical care industry applying blockchain technology applications.

Secure storage and access to patient data is a major concern for the healthcare industry.  It helps in quick and efficient diagnosis and treatment. Encryption and the Immutability of data in the blockchain technology can protect the patients’ data and privacy. Patientory, a blockchain healthcare startup, is doing a good job in this area. Similarly, DokChain has developed a platform for patient data.

Possibly, the healthcare industry can partner with complimentary services such as insurance. Blockchain companies like ICON are working on creating an ecosystem for inter-industry collaboration. Again Dokchain is working with patient data, partnering with the health insurance industry.

Nowadays, digital Marketing or digital advertising, a massive revenue-generating stream, is facing a major challenge. The revenue is recently down by 66%. Probably, the reason behind, it is overrun by middlemen, trackers, and fraud.  Ads and trackers eat about half of the mobile data. It costs $23 a month to average Americans. There are other concerns too, and a blockchain technology-based platform or a blockchain business application is an answer to the issues.

Common people spend more time on their computers and smartphones than televisions in this era. This presents an opportunity for digital marketing to continue to grow in the coming years. However, the balance of power is atilt in favor of large corporations with the highest amount of money. Irrelevant and Frequent ads come as bombardment to the devices. Corporations use artificial intelligence to analyze collected data, the big data. Further, they use it to exploit the target individuals.

A few companies likes of Google and FaceBook, have centralized advertising power. Surprisingly, they have seventy-three percent share in global ad revenue. This is because they have the power to reach a large audience and to influence them. All these are happening in the absence of a decentralized blockchain technology business application.

Unfortunately, the present advertising system abuses users violating their privacy, decreasing phone battery life up to 21 percent, and increasing phone loading time by five seconds on average. Moreover, the ecosystem is painful for advertisers. Often, users ignore the ads because of poor targeting. In addition, bogus websites and bots make them fool and rob their money. Bots inflict about $7 B per year. Also, the situation is not in favor of publishers. Despite, they work hard in writing contents, for a little money. A decentralized blockchain business platform can benefit all of them.

Basic Attention Token is such an efficient blockchain advertising platform. The open source, transparent, and the decentralized system has made the game fair for everyone; the users, advertisers, and content creators. The BAT token used has been changing the atmosphere. Similarly, some other blockchain startups are also trying to free and decentralize the market. We hope for a better scenario in digital advertising in the near future.

Recently a piece of news hit about the strike of Uber drivers in the US, just with their IPO. Similar news strikes often in India.   Uber drivers, not only in America but also in other parts of the world, struggle to earn their bread and butter from the job. Uber gets a lion’s share of the earnings and drivers to have to work hard just to earn a healthy wage.

What about building a platform around the idea of community? A blockchain technology based decentralized system could change all these.

Arcade City, a blockchain taxi platform, is on the verge of changing the business model. Chasyr, a California-based small startup, is also moving behind Arcade city.  There is no middleman, no commission, unlike Uber. Drivers get the full fare. Moreover, they can establish their own rates and offer additional services too.

Moreover, they can work as a team to operate on a larger scale. Most importantly, the blockchain platform presents an opportunity for the riders to create their own list of trusted and efficient drivers.

List of blockchain technology applications in the Financial sector

List of blockchain technology applications in the IT sector

Alphabetical list of blockchain business applications in the industries

Video: 19 Industries the Blockchain will disrupt

We can add more industries in the list of blockchain business applications. However, this list gives you an insight into where we can use this technology. It is obvious, that more industries and businesses will come up to join the league as the advancement of blockchain technology. Surely, this disruptive technology will open the door to innumerable new business opportunities. On the other hand, blockchain technology and its applications will help to democratize business opportunities. Moreover, it will make the lives of common people easier and comfortable.

The concept of tokenizing high-value assets in the fields like exotic automobiles, real-estate and more is very intriguing and can be a bit esoteric to blockchain technology based startups. This will emerge as a great trend in the upcoming year.

I appreciate your knowledge and writing style. In addition to the above points, we should not forget the implication of bitcoin in 5g technology & its application in space technology.

I actually added your blog to my favorites list and look forward to get the same quality content every time I visit your blog. Thanks a lot.