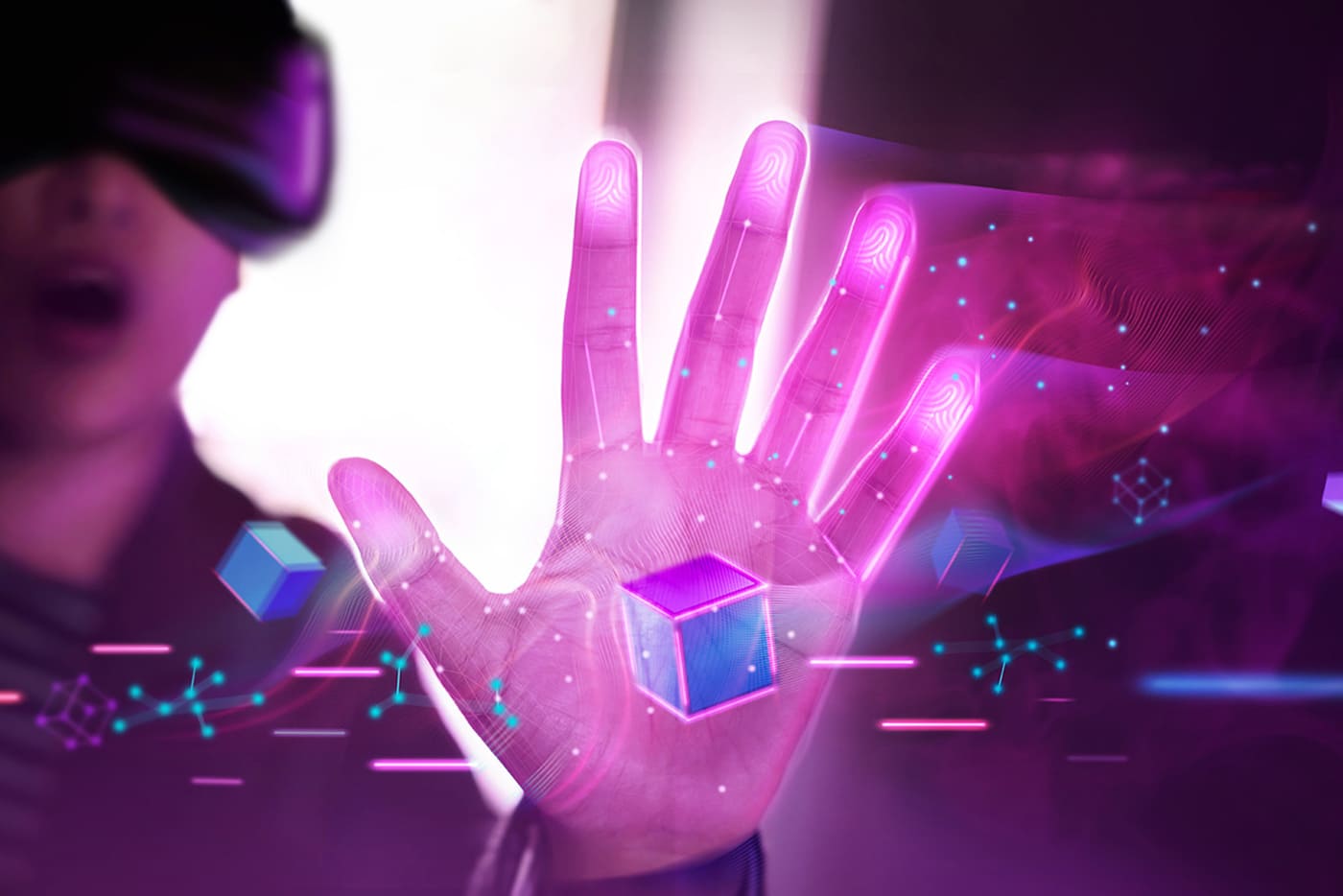 The metaverse generally allows users to engage in a more interesting experience with the real world, but augmented reality (AR) and virtual reality (VR) have brought additional elements and possibilities to the experience. However, the role of AR and VR in the metaverse cannot be disregarded, as they respectively unleash additional visual, aural, and sensory information for the enrichment of users’ experiences when engaging with the metaverse.

Considering their progress so far, future roles of AR and VR in the metaverse are likely to be limited only by our collective imagination, as they have already proven themselves as a powerful aid for industry and the general public at large.

Going further, this article will discuss what you need to know about augmented reality (AR) and virtual reality (VR), their roles in metaverse development, and how they might enhance the interactivity of users in the metaverse.

What Exactly are AR and VR?

AR, also known as augmented reality or mixed reality, is a real-time immersive experience that presents computer-generated content over the real world with accurate alignment with the physical world while simultaneously offering a composite view.

VR, on the other hand, is the use of advanced computer technology to create a virtual environment that allows users to feel as though they are there in the real world. These technological appliances enable metaverse users to experience the virtual environment with their basic senses, such as hearing, smelling, and seeing.

However, compatible smart devices like tablets, smartphones, and computers, are only required to access augmented reality (AR), while virtual reality (VR) requires a head-mounted display (HMD)—wearable on the head or as part of a helmet—or other external forms of equipment to fully immerse in a virtual experience.

The Roles of AR and VR in Metaverse

Now that we have a better understanding of the meaning of the two related concepts, let’s explore the exact role of AR and VR in the metaverse.

Given their development thus far, the uses of AR and VR in the future of the metaverse are likely to be limited only by our collective imagination, as they have already demonstrated to be a significant benefit for businesses and the general overall population.

People being able to migrate from one location to another is one of a metaverse’s fundamental qualities. The role of AR and VR in the metaverse in this aspect is enormous. For instance, virtual reality (VR) enables users to virtually visit any location in the world. Through their digital identities, users may enter restaurants, go on thrilling journeys, visit museums, meet influential personalities from around the world, and make digital mementos. With the role of AR and VR in the metaverse, tourists may experience the metaverse in such a fascinating way that it is often hard to discern between the real world and the virtual one, partly as a result of the high degree of resolution they offer.

Virtual events are also one of the important roles of VR and AR in the metaverse, providing a unique online experience that combines the best of the physical and virtual worlds for people to interact as if they were in real life.

At events, augmented reality (AR) may provide a real-life experience and enable every user in the space to have the same experience and view similar objects, making it ideal for increasing engagement. Similarly to this, virtual reality technology enables individuals to virtually attend sporting events, seminars, performances, and other big-scale gatherings from the comfort of their homes. This is both time and money efficient.

With the help of a VR headset, users may engage in thrilling games and contests with friends, family, and even complete strangers. The device gives users the option to have a realistic gaming experience and engage in sports activities while lounging on their couches at home.

Virtual reality (VR) in video games offers a completely immersive, first-person view of the game action in the virtual setting. Additionally, AR and VR have revolutionized the world, and particularly the gaming industry, because those ground-breaking technologies aim to provide a clear depiction, together with sound and other sensations, to provide a virtual environment that stimulates a player’s actual presence in the space.

AR and VR provide manufacturers and retailers with the ability to digitally demonstrate their items to potential customers, just like they would in reality. And customers too can visualize the products in real-time through AR, while also experiencing their physicality with VR.

Shoppers have long used their cell phones to compare pricing and acquire information about products in stores. With the integration of AR and VR, customers can now view the items in-store and modify them by changing the colors, adding accessories, and carrying out many other actions on their devices.

Customers may then create their experience and reality around the things they are interested in, giving advertisers the opportunity to tell a story about their products in real life.

This is a game-changing role of AR and VR in the metaverse, as it enables a virtual environment in which customer care agents can communicate with customers in real-time, irrespective of their location. This not only saves money, time, and energy but also improves customer satisfaction by helping them to obtain the assistance they require immediately away, no matter where they are.

The role of AR and VR in the metaverse has also expanded into the educational sector. In fact, it’s not limited to a particular form of education, as it cuts across several fields. For example, augmented reality is now used in medical education. Applications for it include everything from MRI scans to extremely delicate surgeries.

Similarly to this, instructors may employ VR-enabled displays to give their students engaging opportunities to learn. Teachers might show students a virtual representation of the concept while teaching it to help them grasp topics better. Students are kept interested in the topic via virtual field trips to challenging locations like space, the moon, or planets because they feel as though they are there in person.

The role of AR and VR in the metaverse is to educate students to increase their engagement and helps them understand what they are learning faster and more efficiently compared to using a regular screen that just displays it to them.

Thanks to augmented reality and virtual reality in the metaverse, users may simply go to any location on the globe without leaving their spot. Gone are the days when users had to be present everywhere they wanted to do anything from meeting to training, to a conference. Both VR and AR have a big impact on how we relate and engage in the metaverse. However, the sector is expanding; we are still in the early stages of a long journey involving the Metaverse, and the role of AR and VR in the metaverse will continually broaden.

Technology advancements in augmented reality (AR) and virtual reality (VR) have received increased attention as a result of growing interest in the metaverse. The worldwide AR and VR market is predicted to reach $300 billion by 2024, implying that the future of AR/VR businesses looks promising as well. 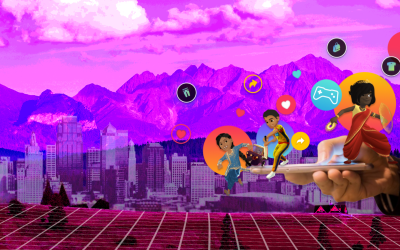 Is The Metaverse The Future Of Social Media

What if I told you that you could play, work, shop, and socialize in the comfort of your home? The Metaverse for... 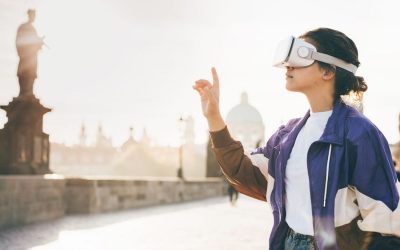 The Future of Metaverse Tourism

With the extensive reach and endless possibilities of the metaverse, seeing how it finds common ground with tourism is... 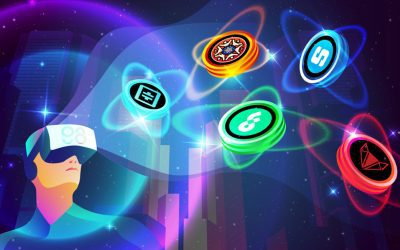 The launch of the Metaverse has been tagged as one of the most impressive digital innovations of the 21st century....