Augmented reality is sometimes referred to as mixed reality — it “mixes” the real world with digital objects in real-time. The benefit of augmented reality is an immersive, all-encompassing user experience. For example, visiting an online furniture store, a user could use an application which displays a “live view” of a furniture piece as it would look in the user’s home. Google Lens uses augmented reality to create an experience where a user can easily search what they see through the camera of any supported device.

Augmented reality has been around for a few decades, with improvements over the decades. Computer Scientist Ivan Sutherland created The Sword of Damocles, the first known augmented reality system, in 1968.

With smart wearable devices like smartwatches and smart eye wear gaining popularity, augmented reality is speculated to become a part of our daily lives and activities in the near future.

Technology in Travel and Tourism Industry

Over the years, technological advances have changed the way we go about our daily routines; it has affected every aspect of our lives including the way we send and receive money, communicate and interact, study, and travel. Travel/tourism and technology are a perfect combination. Today, from planning our travel to planning what we would do when we get to our destination, we leverage technology.

According to Stratosjet’s current statistics, over 90% of travelers do their travel research online and about 82% end up making their booking online. Technology has given travelers full control to plan their trips and vacations. Before technological advances and ubiquitous access to the Internet, travelers had to rely solely on travel agencies to make recommendations and secure bookings.

Emerging technologies are gaining momentum and transforming our lives, businesses, and the global economy. The tourism industry is also being transformed by emerging technologies. Blockchain technology, for instance, has introduced new ways in which travelers could make cross-border payments in an instant.

How Augmented Reality (AR) Is Transforming the Tourism Industry

Interactive maps, tourist guides, and language translation are some ways in which augmented reality can be applied to tourism.

Travelers and tourists who travel to new destinations may face difficulty in communicating with the locals as the language spoken may be different from the language(s) the tourist understands. With augmented reality, an app that auto-detects voice could automatically translate to the tourist. In the same way, when the tourist needs to communicate with the locals, augmented reality technology could do the translation into the locals’ language automatically and seamlessly.

At restaurants where the menu could be in the local language, a travelers or tourist could easily scan texts on the menu using a smartphone and an app that utilizes augmented reality technology to do the translation on the fly. Augmented reality could also help the tourist understand road signs and notices written in a different language.

Helping travelers and tourist communicate without the language barrier is one of the great benefits of augmented reality in tourism industry.

AR In an Interactive Map

When tourists and travelers visit new cities, they are in unfamiliar territory and could easily get lost. Using an augmented-reality-powered map, tourists and travelers could easily find their way around big cities. An augmented-reality-powered map would make it easier to find hotels, restaurants, and key landmarks. AR integrated into maps will add more details such as live view. Giving tourists the confidence of moving around places without the fear of getting lost is one of the benefits of augmented reality in the tourism industry. Google is currently adding new augmented reality features to Google Maps.

AR As A Tour Guide

Tourists often need tour guides to take them around museums or other landmarks. The tour guide tells the story behind a work of art, sculpture, or architecture; or sometimes narrates an exciting historic event. Using augmented reality, a tourist could interface with works of art, landmarks, or sculptures, and information about these objects will appear on the tourist’s device in real-time, educating and engaging the tourist with fun facts.

Not needing a human tour guide also helps the tourist to take time and embark on the tour at their own pace. This is an advantage of using augmented reality in tourism and travel. Human tour guides are often in a hurry to quickly finish business with a tourist and move on to the next tourist to make more income. Providing engaging experiences and helping tourists make the most of their travels is one of the benefits of augmented reality in the tourism industry.

AR In Restaurant and Café Menus

The benefits of augmented reality in tourism industry are also for businesses to enjoy. A restaurant could utilize augmented reality to create interactive menus. Tourists who visits the restaurant could have a “live” preview of what the meal contains. A live price of the meal could also be displayed and the tourist could interactively add or remove an item from the menu. Additional information about the meal, such as the name of the chef making the meal, could also be shared.

Influence Of Metaverse on Gaming and Beyond

Despite the latest hype about its overwhelming potential, the metaverse is far from a new concept. Technology never... 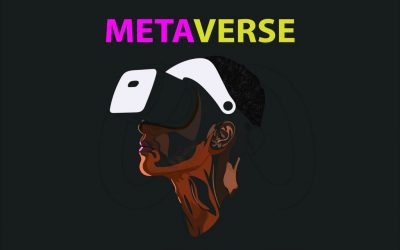 Positive Impact of Metaverse on Society: Little-known Ways You Know